Cade turned twelve in January.  It was the first birthday we’ve celebrated here and it felt weird not to have family and friends.  Not knowing what he wanted (this is a difficult age to buy for), we knew we’d get some ideas at Hamley’s.  It’s the oldest toy store in the world with seven floors of kid’s dreams.  They all loved getting big bubbles made for them and he added that to his wish list.  The little boys had a hard time focusing on gifts for Cade when they saw the Lego section.  Luckily we got what we needed without him noticing and were ready to wrap it all up. 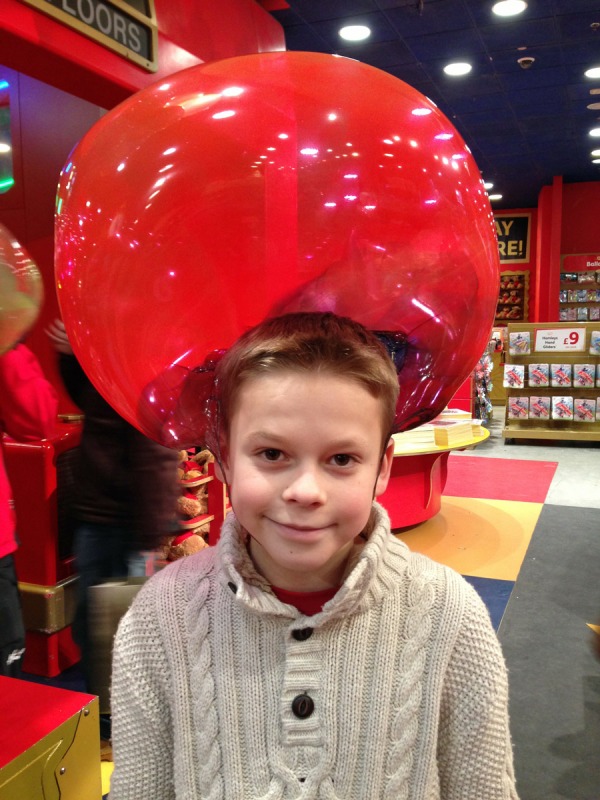 He wanted to go go-cart racing, but the course nearby didn’t allow child drivers, even though the web site said they did.  We’ll have to make a special trip out further to make that happen.  We ended up going out to dinner to one of his favorite local spots, The Spaghetti House.  They have the best kids meals–he always gets the chicken tenders and pasta carbonara and loves having leftovers for lunch the next day.  It’s the one place Nathan cleans his whole plate too, always going home with a tummy ache. 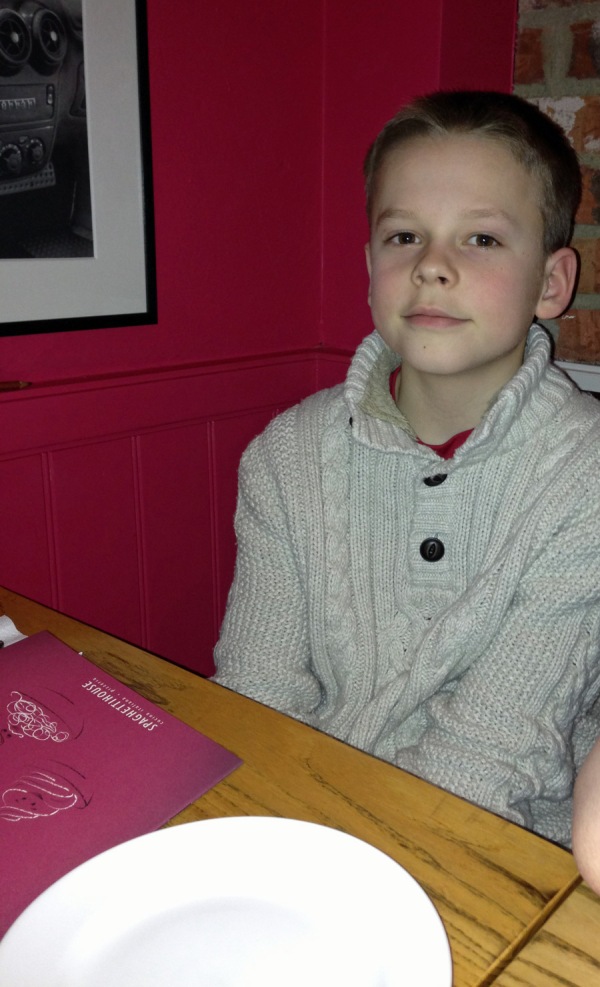 We ended up having a little family party instead.  He picked out a delicious Chantilly cream and berry cake from Whole Foods.  We sang to him and he made his wish.  No – you’re not getting a little dog here! 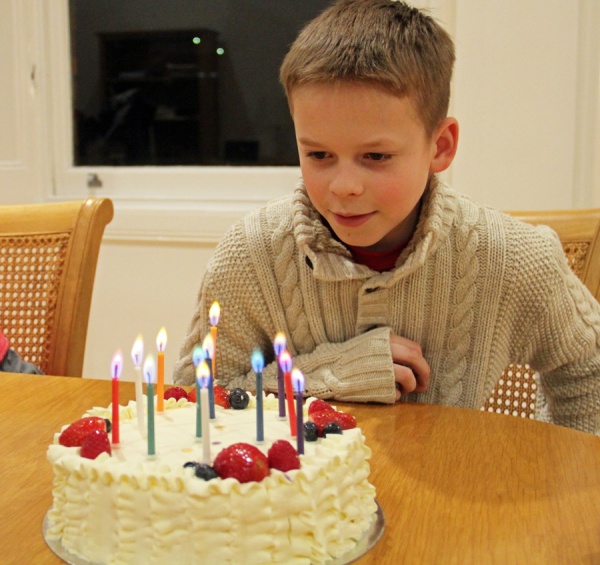 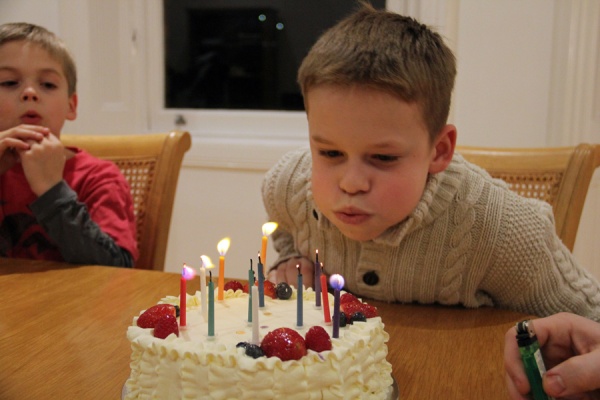 Tyler got him a bow and arrow that shoots plastic Nerf-like bullets.  Just what we needed here. At least they don’t hurt when you’re shot!  He had fun shooting it down the hallway making the suction bullet stick to his room’s window.  I was glad he chose to take it back to Redmond and keep at home.

Nathan got him one of those desk toys he really wanted (for some odd reason).  He can play with it when’s he’s bored I guess. 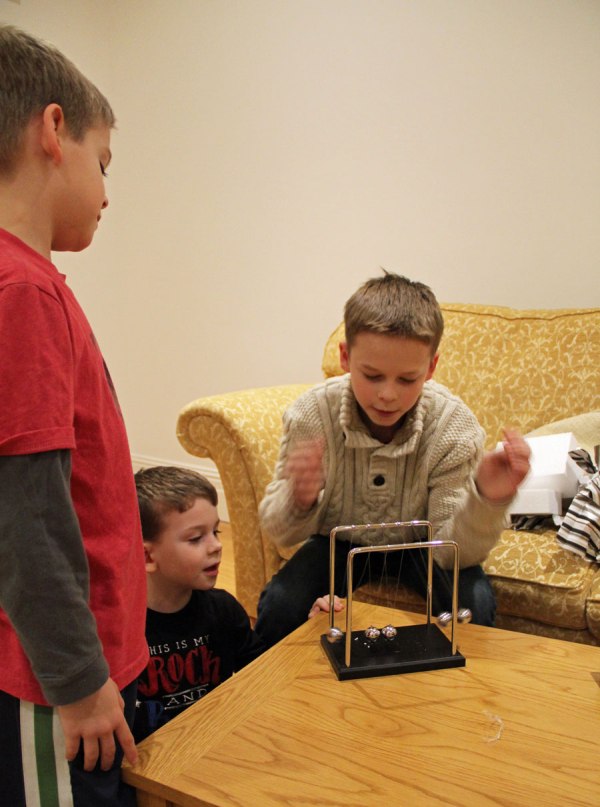 Jace got him a cup full of candy for his incessant sweet tooth and some airplane gliders they like to throw out our 5th story window to their brother below, who catches it and sends it back up the lift.  I’m pretty sure he lost both in 2 days.

He also got the set of magic balloons he saw on display and has been making the largest bubbles you’ve ever seen.

What he wanted most was a hockey stick he saw at a sports store.  I didn’t even know that’s what it was given its peculiar shape, and I’m not sure what he’ll do with it considering he doesn’t play, but it made his day.  He loves it.

We are so grateful to have Cade in our family.  Time has flown and it’s hard to believe he’s already twelve.  He started out as the cutest little bald, round-faced baby boy who loved to snuggle to a handsome, athletic, easy-going guy that we love.  Homeschooling has been a major challenge (for me), but he has stepped up and been so responsible in getting his work done independently and helping out his little brothers.  I know he misses being in middle school with his friends and playing football, but I know the experiences he’s having here will impact his future in positive ways.  Happy birthday Cade!!