It didn’t take much convincing to get the boys excited to tour the Royal Navy HMS Belfast stationed in the Thames right by the Tower Bridge. 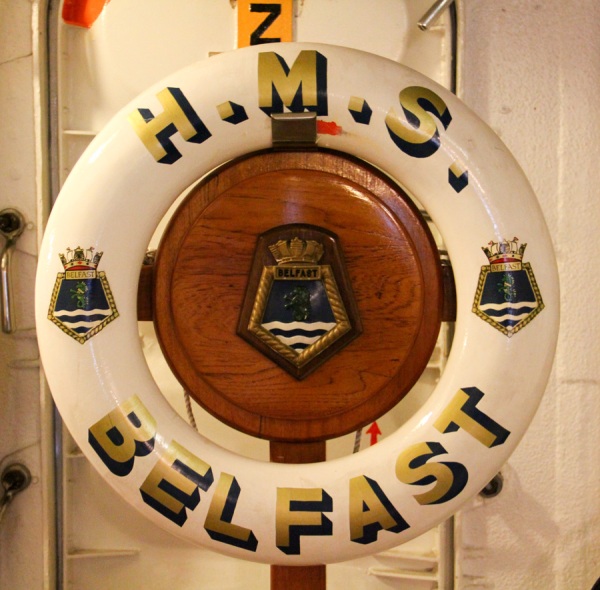 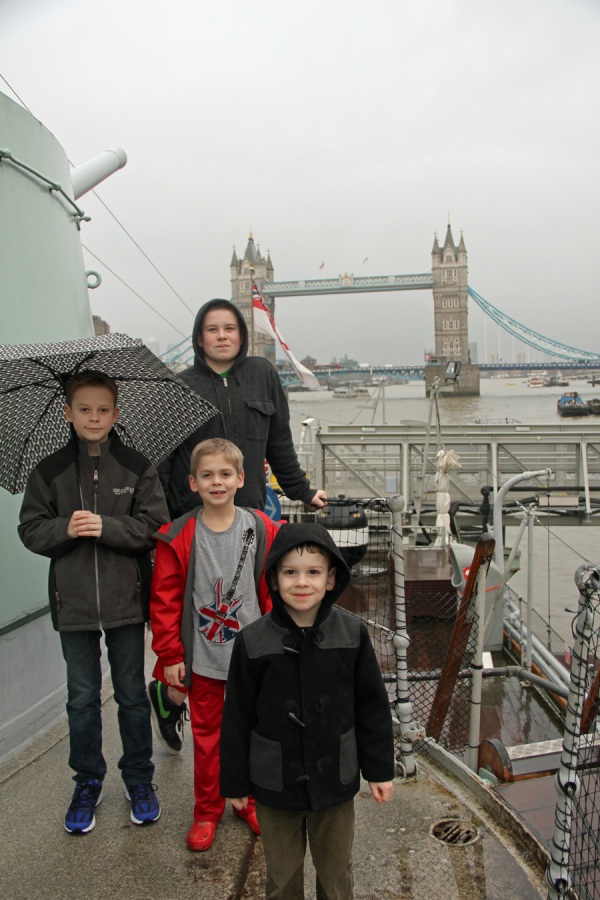 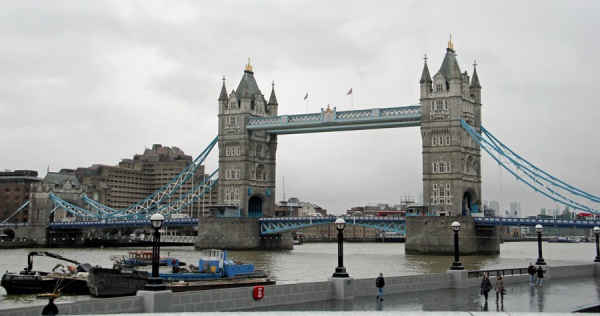 I wasn’t sure they’d make it in dry once they raced to play near the fountains on our way in.  Although it looks like they’re drenched, they gratefully just got their feet a bit wet so we were ready to board the ship and  explore the inner vessel. 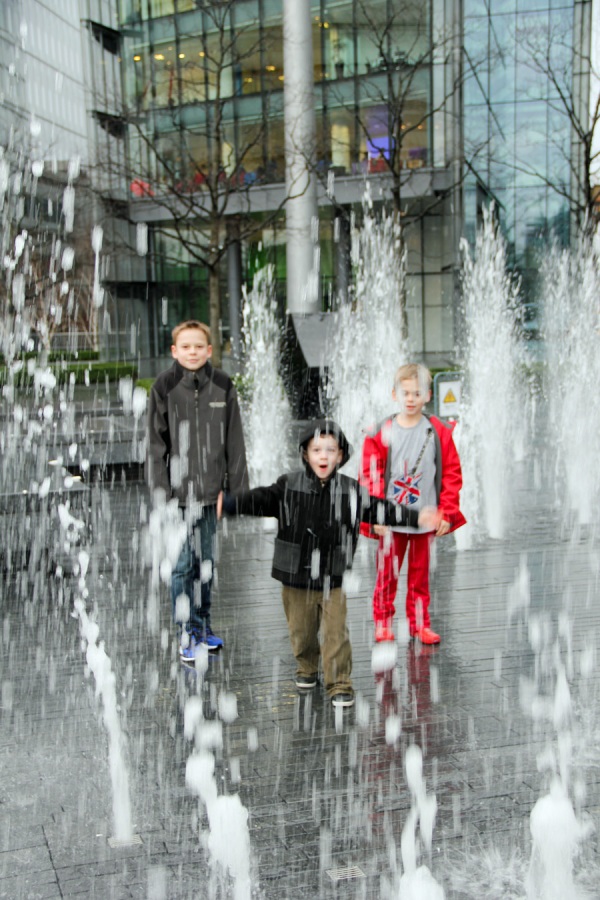 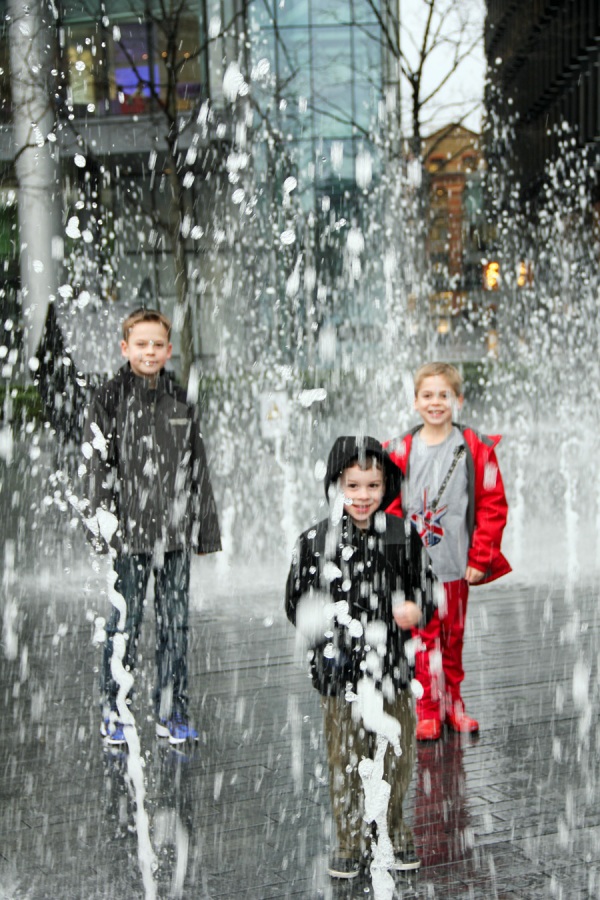 My boys have toured quite a few ships in Seattle, Bremerton and Pearl Harbor, but this was the first British one that was very unique for many reasons.  For one, they allowed tours throughout the majority of the ship – going deep down into the depths of the boiler room and even the punishment chamber. We also loved how they showed what life was like for the hundreds of seamen years ago.  Life-like scenes were displayed throughout with different scents for each area.

The kitchen had guys peeling potatoes, with copper pots full of fake food.  The bakery section smelled of baked bread and showed how they made hundreds of loaves aboard.

The sick bay had a sterile hospital smell with injured guys in gurneys being cared for.  The boys kept revisiting the operating area to see the man with his chest cut open.  They even peeked under the blanket to see his wounds.  Boys. 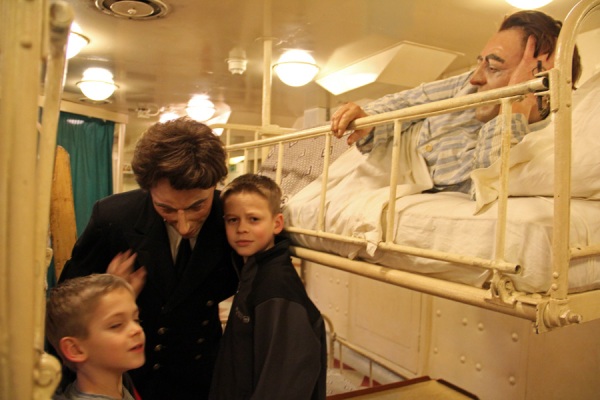 The clove scented dentist room had a drill running as the dentist repaired a terrified man’s teeth.  Washing machines smelled of fresh laundry and the crew’s washroom had a clean, soapy scent.  The boys ran back and forth intrigued by it all.  They ended up asking a crew member how they did it and were shown essential oil diffusers in the rooms.

I was amazed to learn that in peace time this ship required 650 crew members just to run the controls since none of it is automated.  In wartime, they needed over 900.  We were shown how they strung hammocks for beds in tight rows wherever they could find a spot.  The hallways would have been covered near the ceiling, requiring those on board to duck as they walked throughout.

The most exciting part for the boys was climbing up into the gun turret and reliving the action from the battle of North Cape on Dec. 26, 1943 when the HMS Belfast and other Royal Navy warships sunk a German battle cruiser.  As the movie plays inside the cramped turret, the guns explode with smoke, vibrations and smells that felt like we were right there.  Jace was pretty freaked out, but the older boys thought it was so cool. 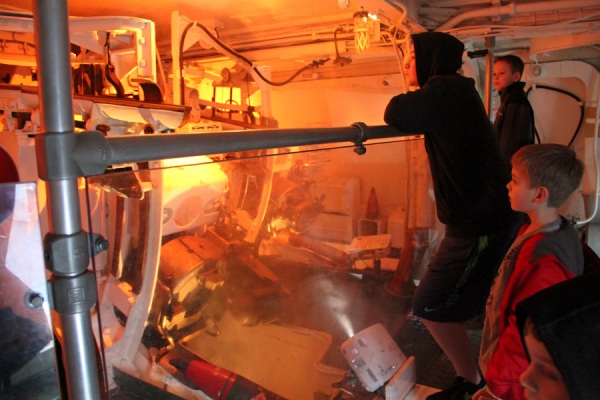 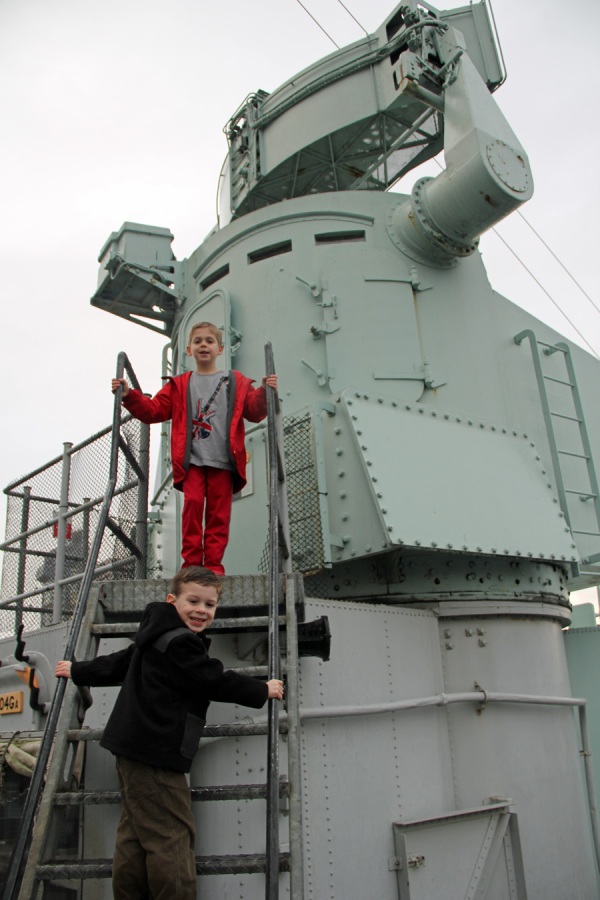 We spent several hours examining the nine levels from front to back.  They all loved pretending to be Captain.  Something happens when they dress up—the suddenly have a need to pose in distinguished ways. 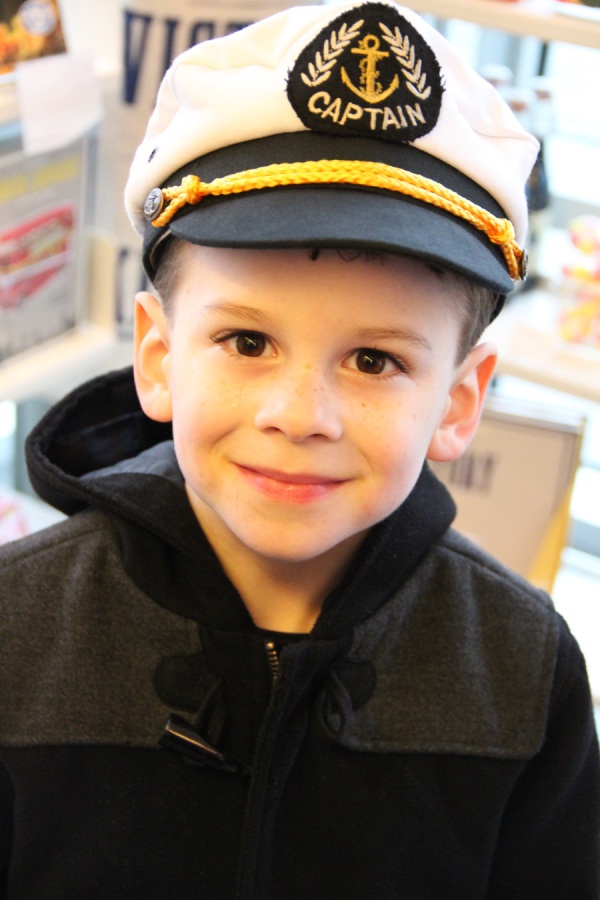 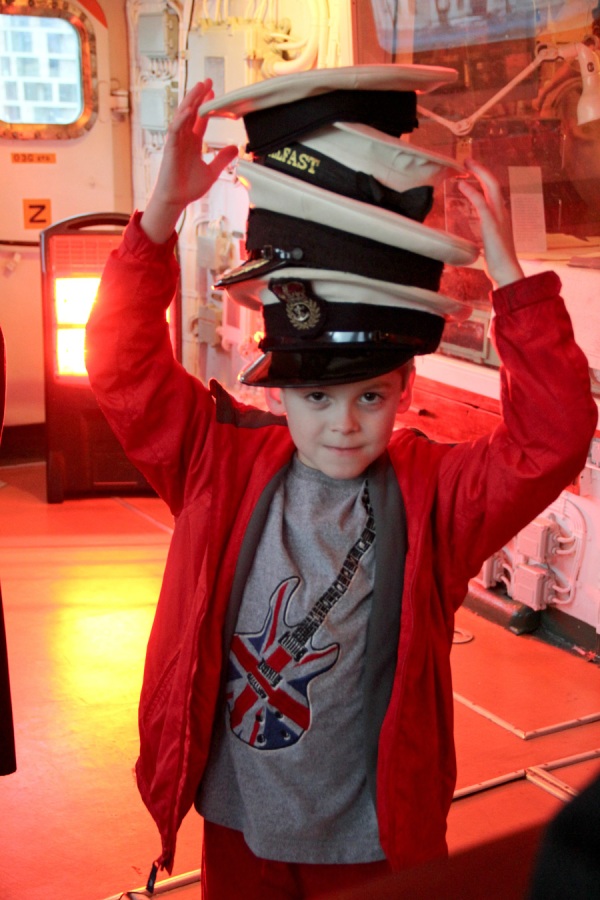 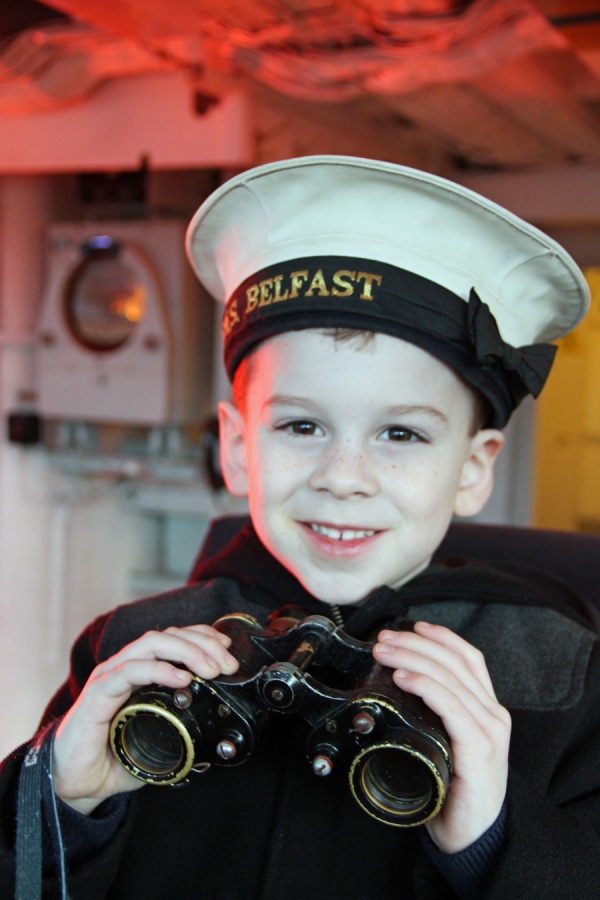 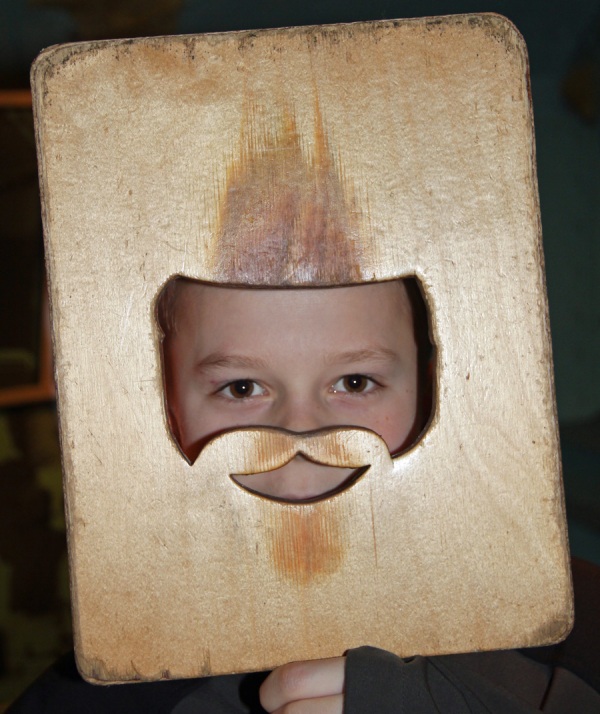 Tyler loved asking loads of questions to the friendly man on staff.  I’m constantly amazed at his knowledge when it comes to history.  The HMS Belfast was used in WWII and reportedly fired one of the first shots at D-Day protecting the landings there.  It was also used in the Korean War to support the American and South Korean troops as they retreated before the ship was retired in 1963. He learned that scout troops are allowed to sleep over on the ship and is now working to make that happen.  He’s not a big fan of my blogging or picture taking, but he said this was one event he wanted recorded!

Seeing the beauty of the Tower Bridge lit up at night as we exited was spectacular!  It just never gets old.  I love looking at all the architecture in this area.  It’s such a mix of historic and modern buildings that make for an amazing skyline.  I love this place! 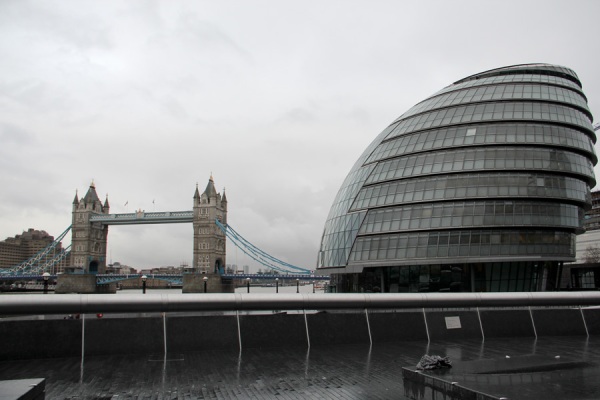 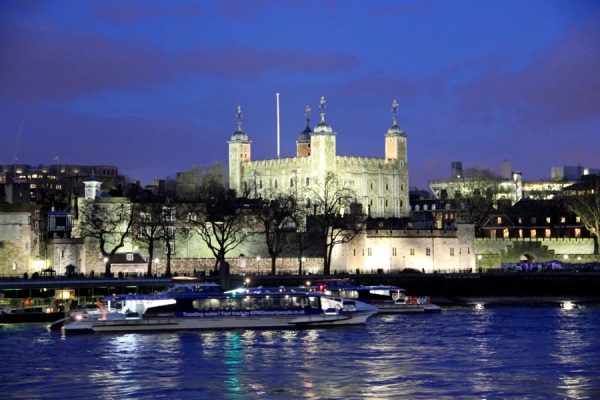 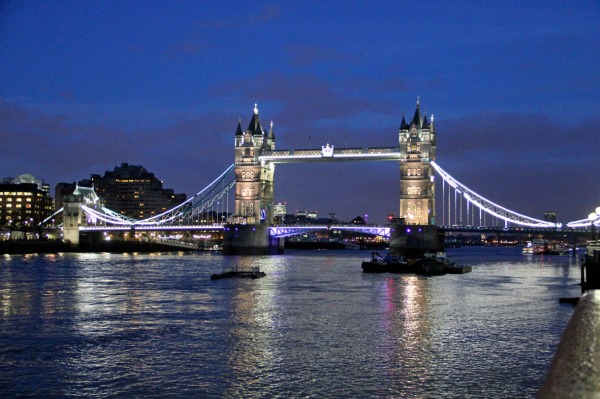 One thought on “Aboard the HMS Belfast”