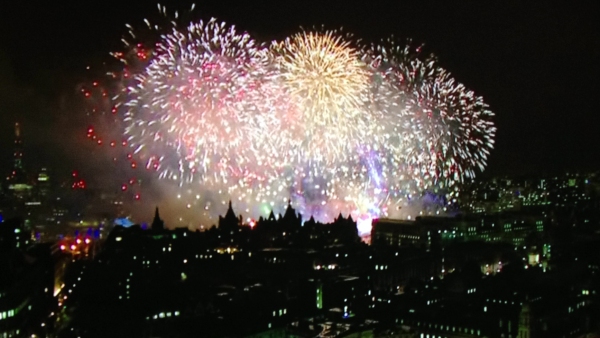 A few days before New Year’s we got invited to spend the afternoon out at the home of Lynn’s colleague.  We finally got to check out the English suburbs!  We took the over ground train out the furthest we’ve been, finally getting to zone 5.  We’ve been teased for not making it out of zone 1 and 2 (except for the airport), but there’s so much to still see and do in the heart of the city we just haven’t expanded our adventures to the countryside yet.   It was our first time in a true English family’s home, which was lovely.  They have 4 children too, which is quite uncommon around here.  The boys were so excited to play with their adorable puppy.  To their delight, they had quite a few other pets including 4 guinea pigs in the large backyard, a cat, and gerbils.  Jumping on the trampoline was a great energy release for the little ones while we visited.  We all enjoyed a formal lunch of tomato soup, bread, sausage rolls, mini sausages, various cheeses, mince pies, and clotted cream ice cream with homemade chocolate sauce.  We’re all still getting used to the food here, but like most everything so far.  They had X-Box and Legos to keep them entertained so it felt a lot like home. 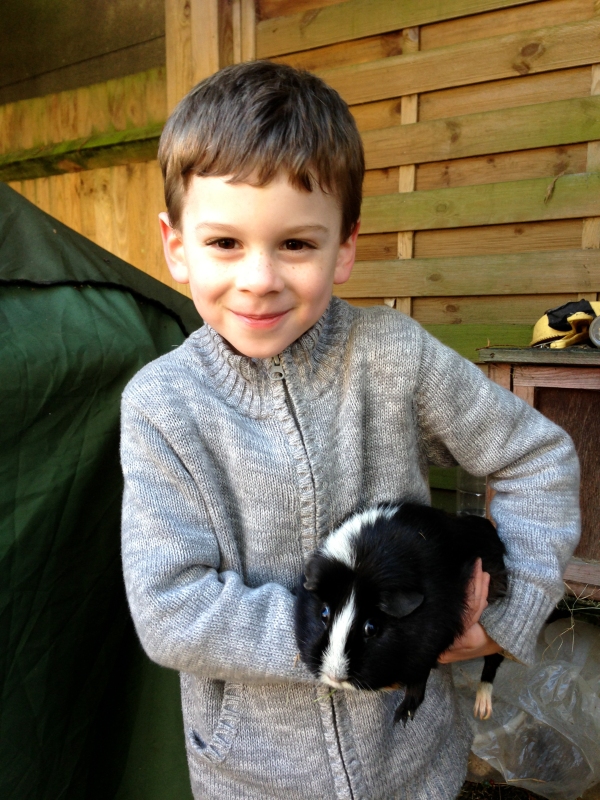 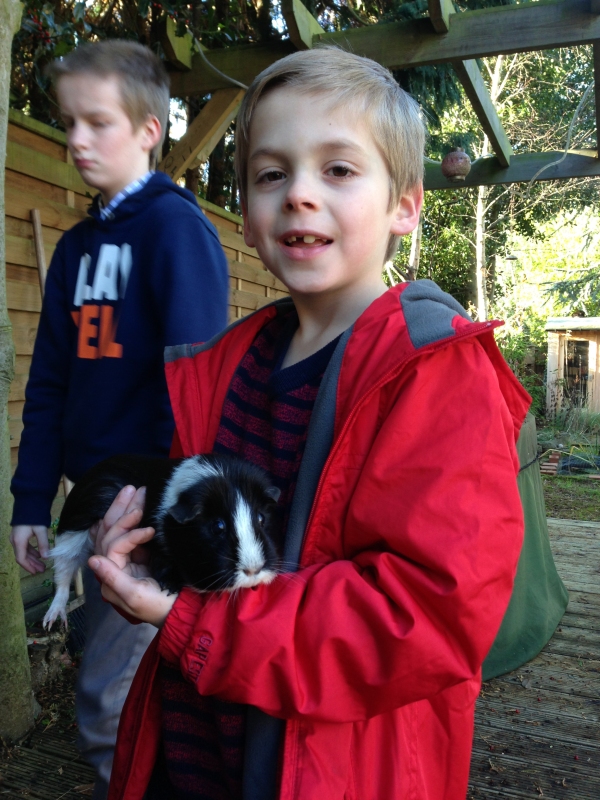 With Lynn wrapping up the hectic year-end business at the office, the boys and I went and got food for our celebrations.  I looked everywhere for a fondue pot, but came up short so that tradition will have to wait until next year.  Tyler had plans to hang out with friends and go to the mall, dinner, movie and play games at his friend’s house later.  With the bus and tube services closed for the night, he ended up staying the night, which didn’t bother him a bit.  His friend got an XBOX One for Christmas so he was happy.

Gratefully, Lynn was pleased with the way the year shaped up.  He has worked so many long hours in the past two months and it was great to see the European office exceed expectations, so it was time to celebrate!  Originally we had planned to go watch the fireworks at the London Eye, but the weather turned stormy and we decided to watch it on the BBC instead.  When we saw the massive crowds of people on tv that had been saving their spot for hours, we knew we made the right decision for our group.

We had a pretty simple meal and treats and toasted in the New Year with sparkling rhubarb and custard punch.  We have discovered some very weird flavors of things here.  The rest of the night was spent playing some games with the kids. London Snap was a fun new game Cade got for Christmas, it’s like slapjack with English landmarks. Our other new favorite game is Wits and Wagers, which is a more exciting version of trivial pursuit.  Thanks Ryan & Suzette for the fun gift!

My parents called us from Chelan and we were able to face time with them and my sister’s family, who we regularly spend New Year’s with.  We miss family a lot right now.  I miss reading all our New Year’s predictions from the prior year to see who was right and who was way off!

The little boys were determined to stay up until midnight and as the clock grew nearer, they got more hyper.  Cade spotted some fireworks and we heard loud noises right outside our window.  They had fun watching their own little show poking their heads out to see them right above them.  Every once in a while a new set of fireworks would light off in a different area, keeping them entertained until the big show.  We watched all the different country’s firework shows until our countdown.

Usually we’re fixed on watching the Space Needle light up, but it was a great sight to watch the London Eye and Big Ben as the backdrop for such an exciting event.  This year’s goal of those in charge was “flavored fireworks and the greatest number of people in human history having a simultaneous multi-sensory experience.”  People were given scratch and sniff programs and candy to match the peach snow, orange flavored bubbles, banana confetti and fruity mist rain down on the masses during the show.  Even being at home, we were all amazed at the creative, intense fireworks that looked like they were going to catch the city on fire. 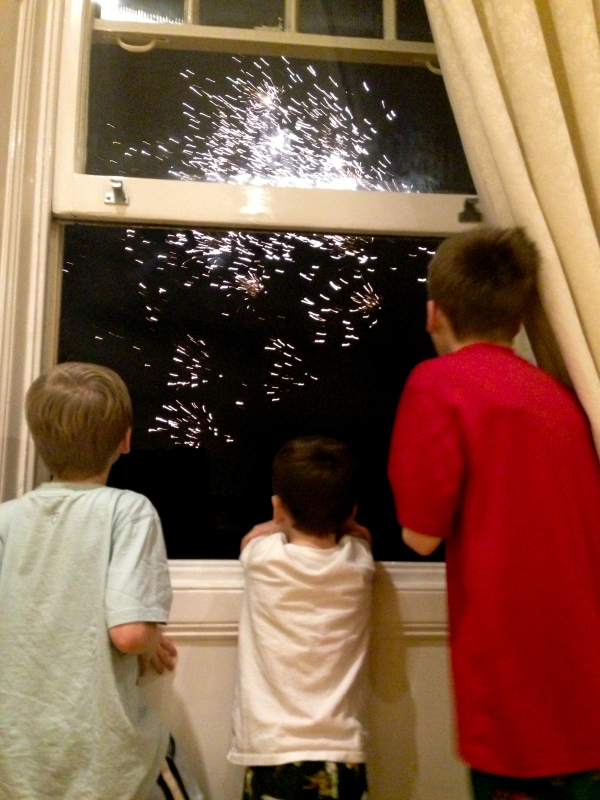 Quite the show out our window. We’re glad we’re this high up! 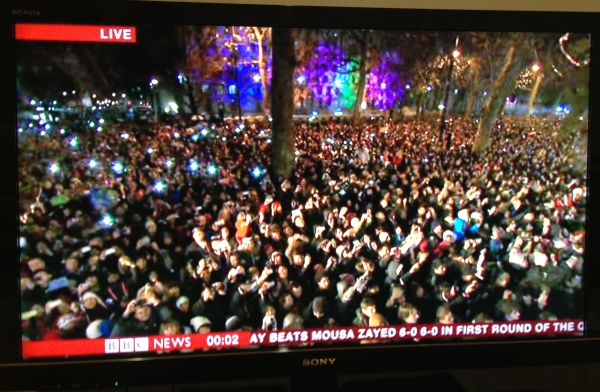 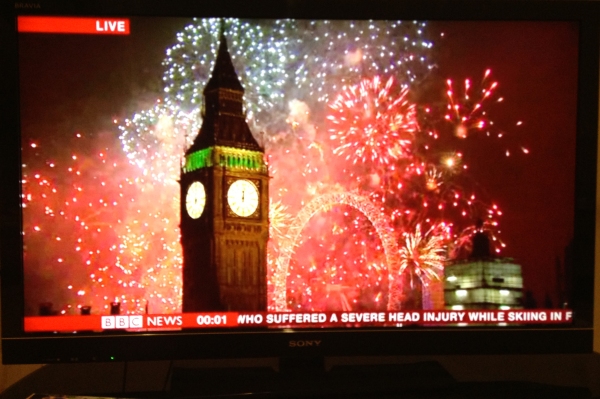 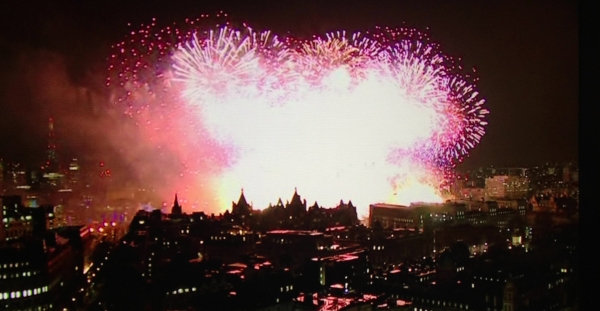 For hours, we could hear different sets of fireworks and a lot of sirens.  Not the best night’s sleep.

We could have kept sleeping, but rolled out of bed after 10:00 am.  I’m always happy when my kids sleep in when I need it.  One look out the window and we weren’t too excited about the weather for the big parade.  Lynn, Jace and I decided to check out the tail end, hoping by then the horrible wind and rain would have calmed.  We made it to Trafalgar Square and found a front row spot surprisingly.  The weather must have thinned the crowds more than usual.  I think we must have missed the best performers though, as most were young bands from the U.S. or random small groups.  The guy next to me was sure excited to see the cast of Mr. Who, something I have no knowledge of.  I felt really bad for all the drenched performers–they must have been freezing. 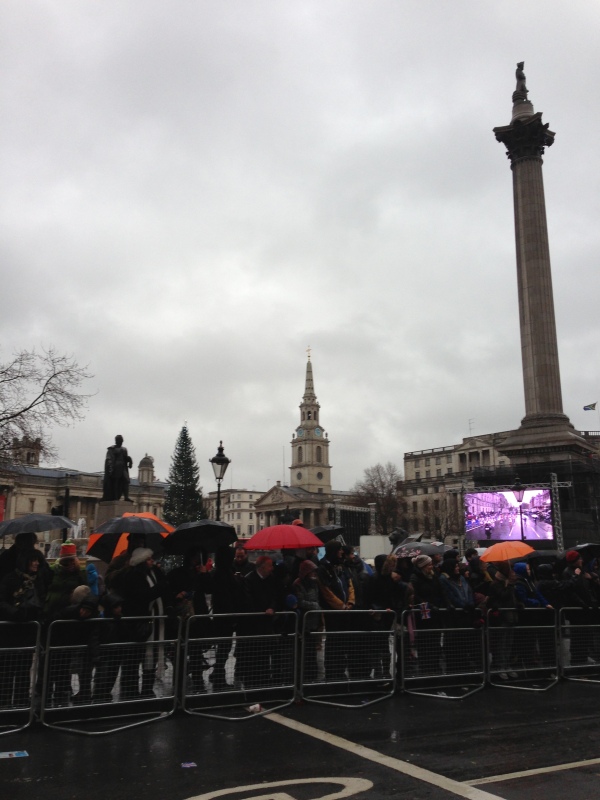 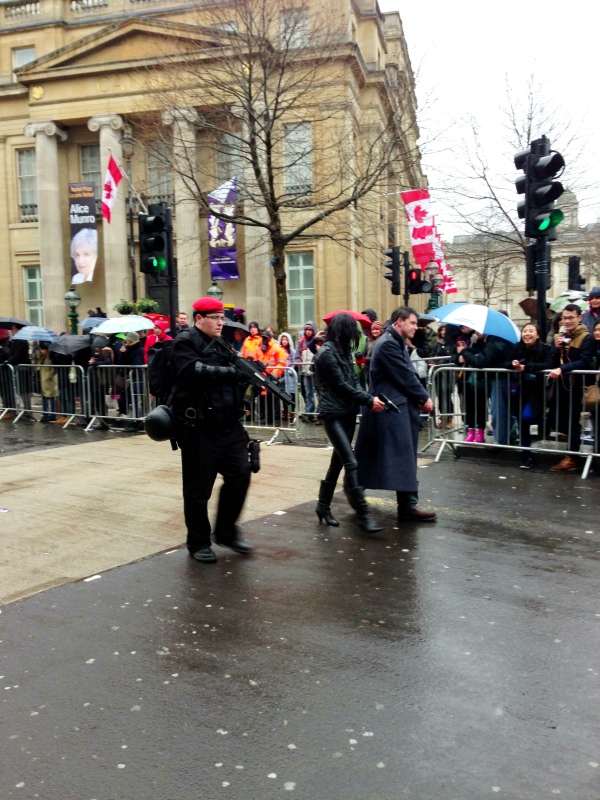 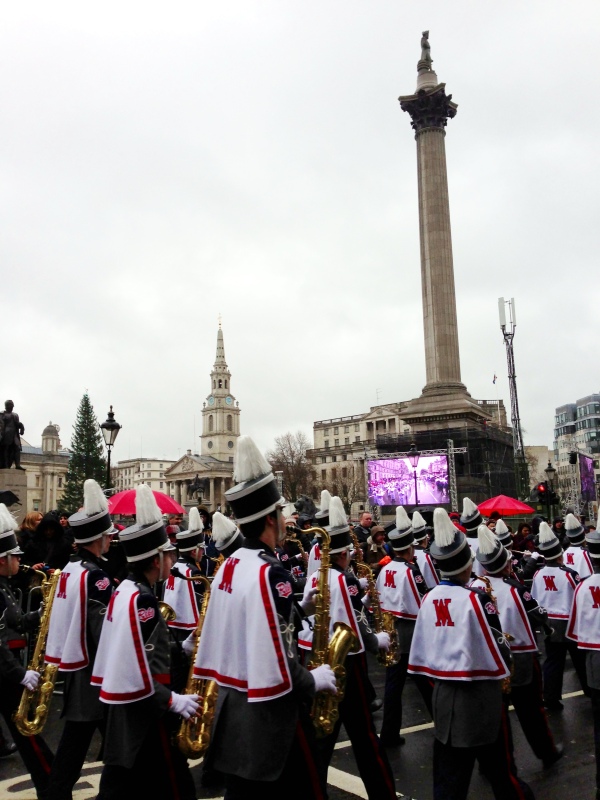 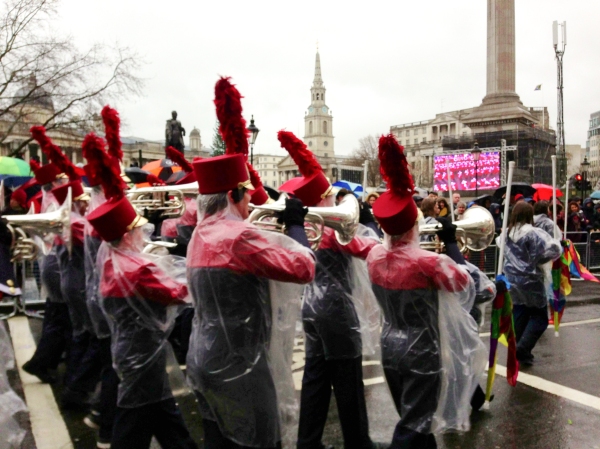 We ditched the parade and got lunch at Nando’s, which was a little too spicy but fun to do with just one child.  How easy life would be!  The rest of the afternoon was spent watching movies and hanging out.

It’s been over two months since we’ve had a decent American style pizza and rootbeer, but we found a place not too far away and got take-away for dinner.  Pizza has never tasted so good!  We had to laugh when we saw their interpretation of sausage, olives and onion though with whole olives and sliced hard sausage.  You see some really strange items on pizza around here, it’s typically disgusting.  Who likes corn on pizza anyway?

A few more games before bedtime and we called it a night.

I let the kids skip school assignments for the day so we could meet up with some new friends at the London Transport Museum.  Although we were terribly late, the boys all loved checking out the history of the city’s buses, taxis, trains and underground.  There were so many interactive exhibits for them to explore.  Cade got to pretend to drive a big double-decker bus as the younger ones pretended to be run over.  They all loved driving the simulated tube train from stop to stop.  Thankfully we got a year’s pass, so we will return when there’s more time and less crowds. 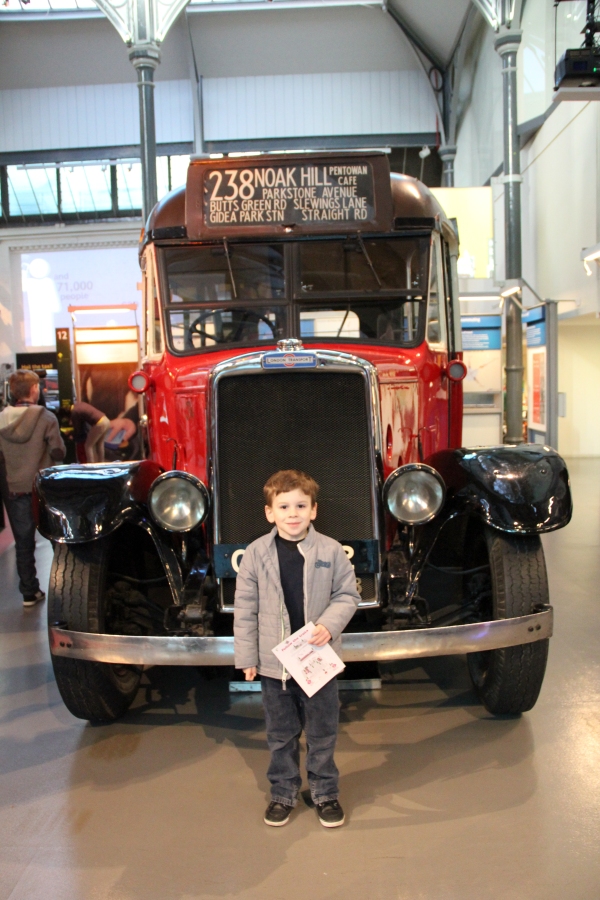 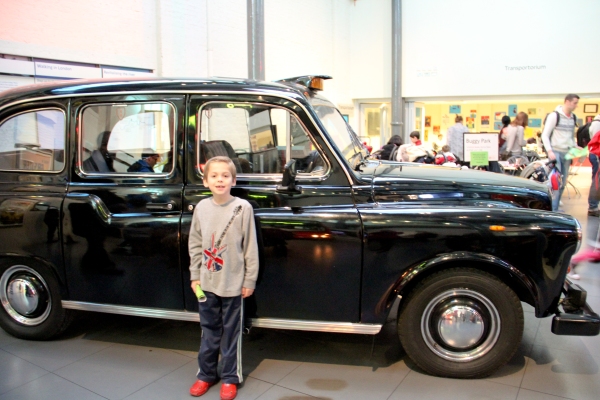 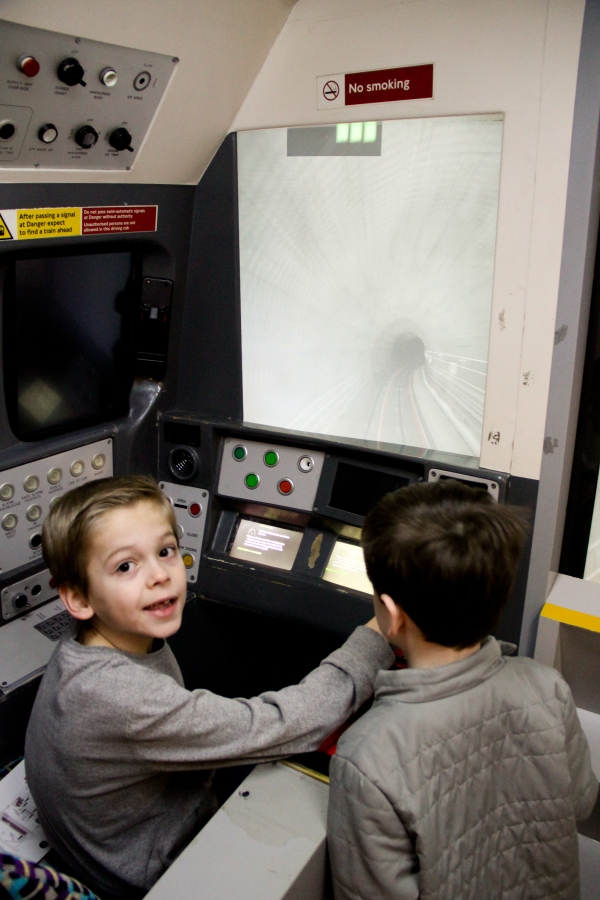 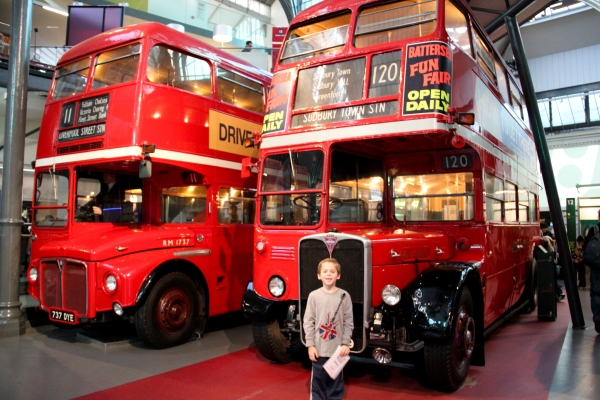 Right across the street is Shake Shack which we devoured for lunch.  American style hamburgers are another craving we’ve had since living here and it hit the spot perfectly!  Crinkle fries, shakes and “concrete” ice cream all ruined whatever healthy new year’s goals we had, but it was worth it!

Today’s weather was such a stark contrast from yesterday’s storms that we took advantage of walking all around Covent Garden.  There was a fascinating street performer balancing on his unicycle atop a narrow suspended rope while juggling three sharp knives.  I’m hoping it didn’t give the boys any new ideas! 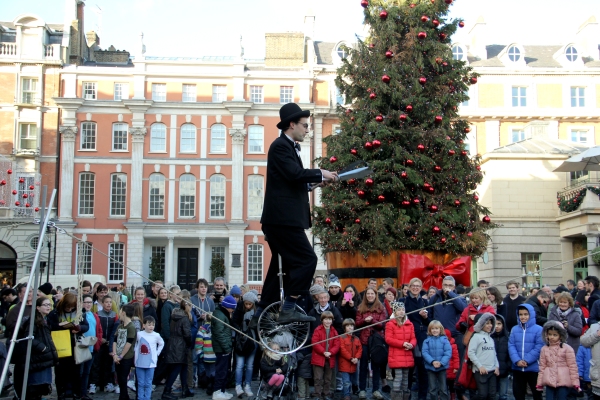 Sometimes getting lost while finding the bus stop or underground works out.  We ended up at Trafalgar Square again with all the activity.  Jace even warmed up to the idea of a picture with some of his favorite Star Wars guys, but was blinded by the sun.  Another unicycle knife juggler was performing and dazzling the crowds.  This whole area is so beautiful on a clear, sunny day. 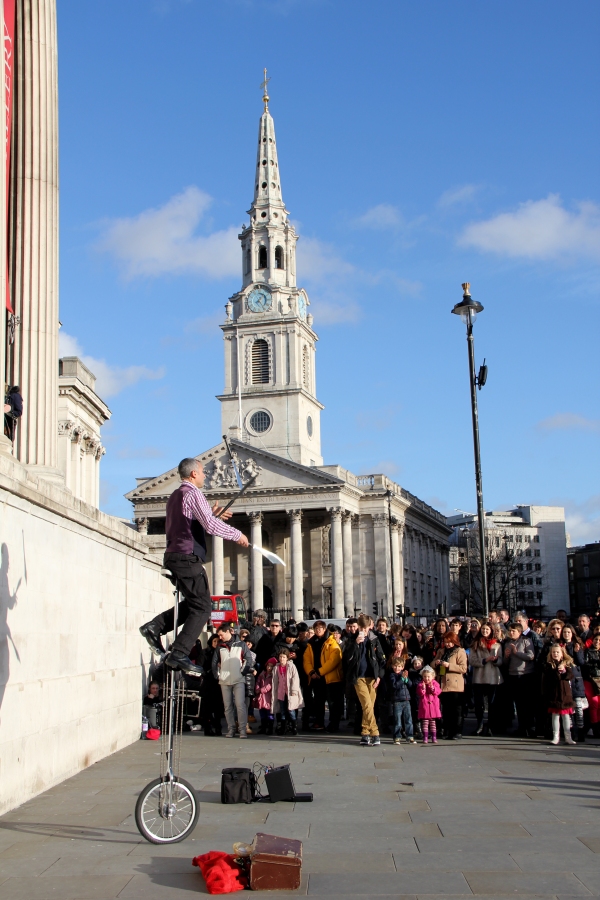 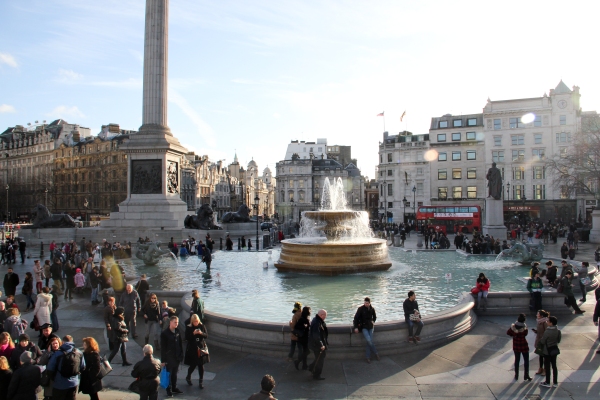 Our grand plans to go to the Dover Castle and  the White Cliffs were ruined with severe weather warnings for the coastline, so we will wait for the sun to hopefully return again soon.  Instead, we took the boys over to the Imperial War Museum.  Unbeknownst to us, it was the last weekend it would be open before a six month major renovation.  We arrived just in time, but they were far more crowded than usual and many of the exhibits were already blocked off, including all the planes.  They didn’t allow much photography, but here’s a few shots of the day with my blurry camera. 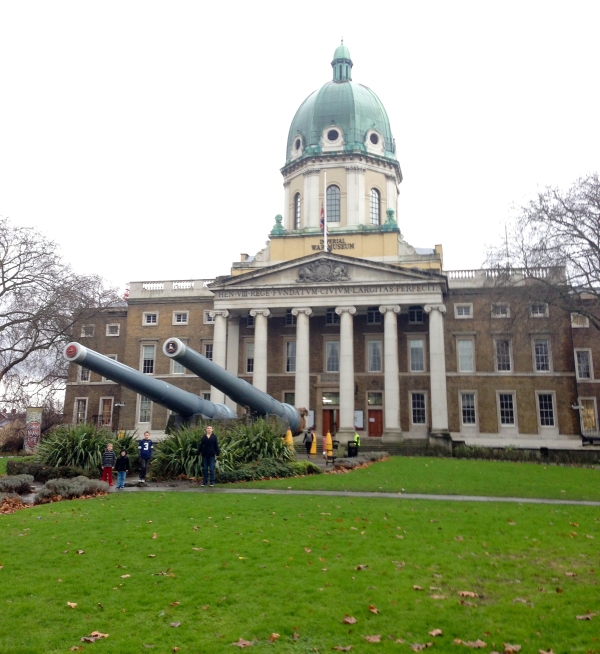 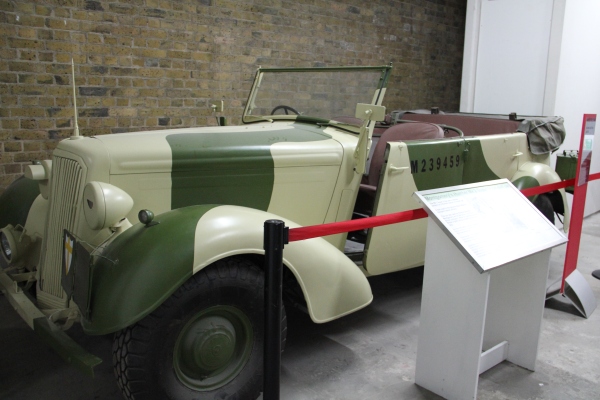 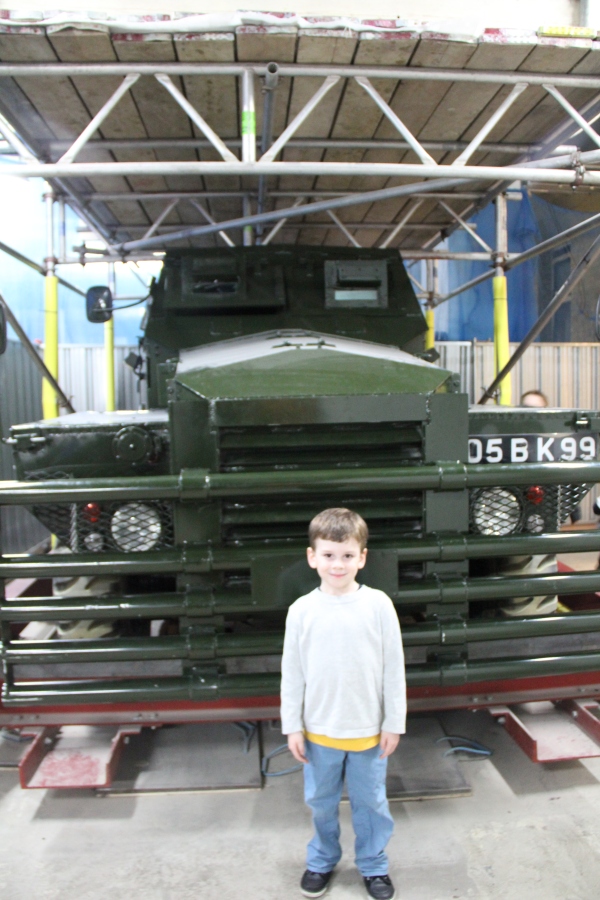 While we wrap up the holidays and get ready to kick off 2014 strong, we look back at the past year in amazement and gratitude for the ways in which we’ve grown and bonded together as a family.   It’s not always pretty, but it’s been a fabulous, wonderful year as a whole we won’t soon forget.  Bring on the New Year with all its adventures and possibilities! 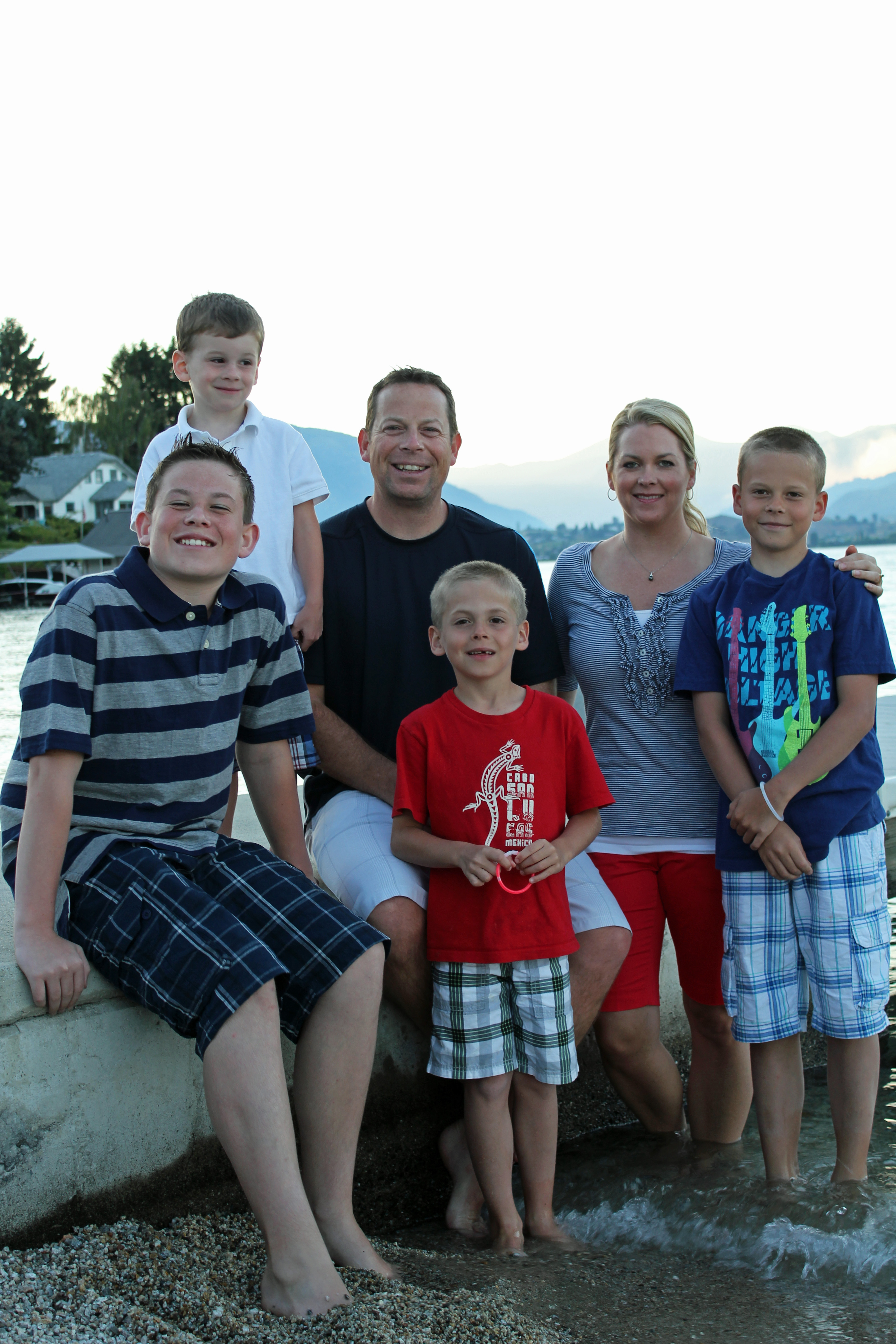